The Real Pirates Come to Pittsburgh 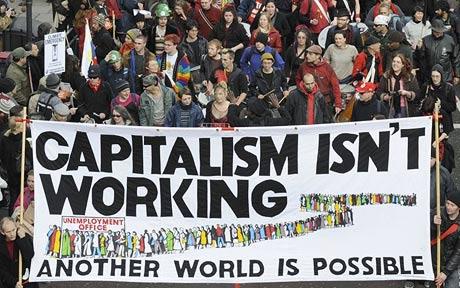 Many of the world’s biggest criminals will be descending in Pittsburgh this weekend for the “Group of 20” largest capitalist economies.  State repression is nothing new at these types of protests and Pittsburgh is proving to be no different.  Already there have been “preventative arrests” and harassment of the organizers.  My own knowledge of Pittsburgh cops is limited to an anti-Klan demo about ten years ago.  I don’t have good memories.

I know that some folks are heading to the demo from Michigan, but I can’t say that the Pittsburgh organizing has been on the front burner of many activists outside the region.  A duck smacked on the head, to use a Lincolnism, hobbling around is the image I have of much of the left since the election and subsequent enthroning of Obama.  Still, the good folks in Pittsburgh have vowed that the crooks gathering in their city wont be met with silence.

Here are a few resources on the G20 organizing: for live ongoing reports check out G-Infinity, Rustbelt Radio (no relation) has lots of info,the magor organizing center is the Pittsburgh G-20 Resistance Project, focusing on climate change and environmental issues is Rising Tide and Three Rivers Climate Convergence, Organize Pittsburgh anarchist collective, radical queers with Bash Back! Pittsburgh, getting activists there is the G20 People’s Caravan, The Peoples Summit, students with the Student Power in the Face of Empire, and the alternative media with G20 Media Support Team.  There are more than these and it looks like there are events for every level of activism.