Anti-Racist Action And A Generation Of Activists

This rough cut of a video about the Minneapolis Baldies and the beginnings of Anti-Racist Action (ARA) could be made about a dozen scenes in different cities across the country at the same time. There wasn’t much going on politically in my generation, but the battle against racists waged by largely working class white kids radicalized in the punk scene a was an exception.  In a way, it was a reaction to the irony of Generation X and rejection of what we would now see as the neo-liberal Reagan-Clinton years.  First and foremost it sought community.

No one should doubt how pervasive racist organizing was in the late 80s.  No one talks about The Order or White Aryan Resistance (WAR) anymore , but they were robbing banks and killing people back than.  Many high schools, even the predominately black ones I went to, had an organized racist presence.  Of course, there are new threats, and dangerous ones at that, but I can’t imagine the tolerance shown to blatant displays of violent white supremacy that were on offer in the high schools I and the folks in these interviews went to shown today.  And that is thanks, in part, to ARA.

Everyone in the video above I met in the late 80s scene that would coalesce around the Syndicate, a grouping of the more politicized and organized anti-racist crews.  There was a Syndicate gathering in Minneapolis, Cincinnati and New York (am I missing any?).  While the Syndicate was mostly made up of, let’s be frank, squaddist skinhead crews, those crews developed some pretty serious political folks and all were part of bigger scenes.  I’ve expressed my appreciation of the Minneapolis crew before.  In my opinion, they along with the Toronto comrades and the extended Columbus, Ohio family of activists were most responsible for the early successes of ARA.  I think it fair to say that organized racists will never again have the leeway they enjoyed before ARA.

What was happening in the Midwest was also going on elsewhere, but what happened in the Midwest was crucial.  For a few years every time they raised their heads in the Midwest a militant counter-demonstration was there to meet them.  I remain convinced that in order to fight fascism, it is at times necessary to fight fascists.  What we in Cincinnati did was important too; organizing opposition to the annual Christmas Klan cross in the city’s downtown broke us out of a certain shell and helped us to imagine bigger things I think.  The fight in Cincinnati was tough, anyone who knows the city is aware of its racism.  While certain neighborhoods were won back, others never were.  And it took years to win back the neighborhoods that were won. 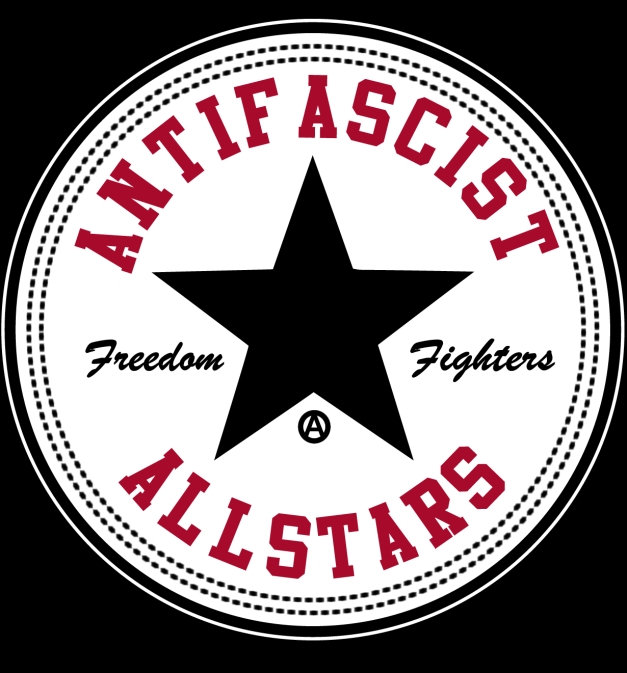 The coming together of an earlier generation of anti-fascists from the New Left, like Together United to Fight Fascism (TUFF) and People Against Racist Terror (PART) with trends like the Syndicate led to the Anti-Racist Action (ARA) network by the early 90s.  Many who went through those years generalized their experience joining activist, socialist and anarchist groups.  ARA taught a slice of my generation activism.  People were also utterly committed, people were killed in the course of the struggle.  People died.  I want to underline that this was largely working class white kids pushing racists out of their communities.  In its way, it is as profound a realization of the earlier Civil Rights and Black Power movements as the other, more well known, markers of those struggles.

At every major gathering of the left; at a demonstration or a conference, no matter where, I see at least one person I threw rocks at the Klan with in some podunk Midwestern town.  At some point a proper history of this movement should be conducted.  The ARA of the early 90s was like one of those bands that few have heard of, but whose influence is felt in the music of so many later bands.  A look at the forces that formed the anti-globalization mobilizations of Seattle and after reveal more than a few with connections to the Network, for example.

The movement was not without its faults, any telling truthful telling of the story would make them obvious.  Whatever the shortcomings of our beginnings (or our presents), the activists developed in those days of street fighting and steep learning curves in crews across the Midwest have another few decades of life in them.  Now leading activists in their communities, we haven’t heard the last of those who, in the dog days of the late 80s and early 90s answered a call and swam against the stream.  Long Live The Baldies!  Long Live ARA!

3 comments on “Anti-Racist Action And A Generation Of Activists”