Activists Denounce FBI Raids on Anti-war and Solidarity Activists Homes Subpoenas, Searches, and FBI visits carried out in cities across the country:

We denounce the Federal Bureau of Investigation harassment of anti-war and solidarity activists in several states across the country. The FBI began turning over six houses in Chicago and Minneapolis this morning, Friday, October 24, 2010, at 8:00 am central time. The FBI handed subpoenas to testify before a federal grand jury to about a dozen activists in Illinois, Minnesota, and Michigan. They also attempted to intimidate activists in California and North Carolina.

“The government hopes to use a grand jury to frame up activists. The goal of these raids is to harass and try to intimidate the movement against U.S. wars and occupations, and those who oppose U.S. support for repressive regimes,” said Colombia solidarity activist Tom Burke, one of those handed a subpoena by the FBI. “They are designed to suppress dissent and free speech, to divide the peace movement, and to pave the way for more U.S. military intervention in the Middle East and Latin America.”

This suppression of democratic rights is aimed towards those who dedicate much of their time and energy to supporting the struggles of the Palestinian and Colombian peoples against U.S. funded occupation and war. The activists are involved with well-known anti-war groups including many of the leaders of the huge protest against the Republican National Convention in St. Paul, MN in September 2008. The FBI agents emphasized that the grand jury was going to investigate the activists for possible terrorism charges. This is a U.S. government attempt to silence those who support resistance to oppression in the Middle East and Latin America.

The activists involved have done nothing wrong and are refusing to be pulled into conversations with the FBI about their political views or organizing against war and occupation. The activists are involved with many groups, including: the Palestine Solidarity Group, Students for a Democratic Society, the Twin-Cities Anti-War Committee, the Colombia Action Network, the Freedom Road Socialist Organization, and the National Committee to Free Ricardo Palmera (a Colombian Political Prisoner).

Steff Yorek, a long-time antiwar activist and one of the activists whose homes was searched, called the raids “An outrageous fishing expedition.”

We urge all progressive activists to show solidarity with those individuals targeted by the U.S. Government. Activists have the right not to speak with the FBI and are encouraged to politely refuse, just say “No”.

Don’t Let The Bastards Get You Down

A Morsel Of Mohr To Start The Day 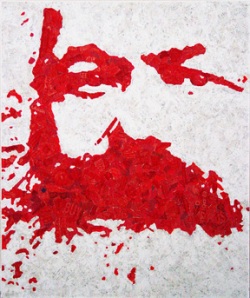 Sometimes, before you leave the house for a day where the bullshit you wade through is measured in meters, it is necessary to fortify oneself with a little Marx.  This is no more true than when the mire in which you slog is housed in a University.  A last gulp of coffee then and a morsel of Mohr as I’m out the door.

My City Was Gone

Today marks that proud Ohio daughter Chrissy Hynde’s 59th circle around the sun.  Is there a better song eulogizing the Rust Belt and the community destroying sprawl and de-industrialization that have laid waste to social space and place?  Maybe, but not sung by Chrissy Hynde, so it’s second fiddle in my book.  Long may she live!

The Place Of Tony Blair: Ten Reasons To Despise Him 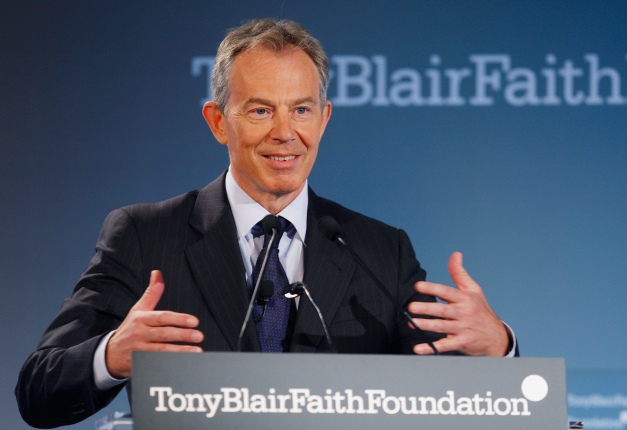 As a person of the left, a partisan of the working class and an anti-imperialist about the only positive thing I can say about Lord Blair of Kut al-Amara is that my feelings of, well something bordering on hate, is that those feelings are shared by millions around the world (and some with an intensity that makes mine pale and unsure by comparison). Perhaps hate is the wrong word, I despise Blair. His schmaltzy English sentimentality, his zealous faith only a convert knows, his bag of lawyers tricks he deploys in debate made absolute by his total lack of self-doubt (certitude is not an argument), his wounded paternalism, his post-PM windfall as honorary member of the genuine ruling class; all this and I haven’t even gotten to his politics!

Well, Blair’s memoir, A Journey, is now out with the proceeds, with conspicuous generosity, going to those caring for the British maimed of Blair’s wars. An apology would, in truth, be much more generous, but Blair is incapable of remorse or retraction. Perhaps, as a good Catholic he absolves himself of his sins (what sin?) by the payment of alms (utterly meager given Blair’s recently acquired wealth estimated to be upwards of 60 million pounds – who says crimes doesn’t pay?). I’m guessing, and it’s hardly a stab in the dark, it is solely and cynically a PR ploy. I haven’t read the book and since, unlike Blair, I don’t do sin (mine or others) and therefore have nothing to atone for, I doubt very much that I will read his book and pass on the penance. I have read choice excerpts and followed a bit of the reaction to the book, the most satisfying of which was his reception by the decent people of Dublin who unleashed a torrent of eggs and shoes at the pompous and pathological. It’s the least he deserves. The very, very least. But it’s a welcome start.

To challenge his reputation as, at the least, the man who was prop to George W’s ill advised, poorly planned and unpopular war on Iraq (in my view the war was, in many ways, as much Blair’s as Bush’s; it is very hard, though not impossible, to imagine the war happening without the essential role Blair played in the process), Blair likes to rest on the much more agreed upon laurels earned by himself as Peacemaker, ending the intractable Troubles and ‘tribal strife’ that beset the UK’s Irish component. At least that’s the story and he’s sticking to it.

Again, as a person of the left, a partisan of the working class and an anti-imperialist about the only positive thing I can say about the Good Friday Agreement is that it failed (unfortunately by a challenge from the right, codified by St. Andrews and the ascendancy of the Democratic Unionist Party- the most right-wing party in power in Western Europe; full-on flat-earthers). Of course, the end of a cul-de-sac armed conflict can only be welcomed, but the basis for the ending the war need not have been the GFA; there are many ways to end a war. Though, to great effect (thanks in part to the lack of any coherent opposition from the left) the options were put forward as one or the other and to this day we are living with the consequences of that ploy. The line sold was the Agreement or a futile war and now that the agreement is increasingly alienating of many but those who’ve benefited (a well placed and not insubstantial, though shrinking, segment of the populace) by the happy outcomes of an imperial peace, a futile war is again embraced by some. No one should forget Blair’s role in forcing through the Drumcree march in 1997.

In the meantime, far from solving the sectarian divide, the power-sharing agreements have only strengthened sectarianism. Those hideous, damning peace-walls keep going up at interfaces and, as far as I know, not a single community let alone a single school has integrated in the decade and a half of ‘peace’. Held together by massive enrollment of workers into public services one wonders how well the institutions and community projects built on government subsidy and European largess will survive the austerity on the way. Chickens. Home. Roost.

Blair had many years, too many years, in power to do heinous things. Iraq was just one of a long list. It’s hard to pare it down in fact. He’s the whole package; an asshole on a personal level and a reactionary politically with enough skills and support to have his way. Blair has, for worse and worser, played a large part in the development of our political and social impasse over the last 15 years. He represents more than just a place and time in British politics, but in many ways he is the best (and I do mean that in its positive senses too- he has real qualities) exemplar of whole trends that coalesced before the end of the Cold War (neoliberalism) and those that developed fully only after (‘humanitarian’ interventions). He presided over and personifies the final capitulations of the vestiges of European Social-Democracy (and the New Deal-Great Society US equivalents) to the logic of the market and the myth of a democracy as run by technocrats of the status quo; a kind of apolitical book-keeping of capital’s accounts (and interests). For better or worse, he looms large…and how I despise him.

In my perfect world, Lord Blair of Kut al-Amara would spend the rest of his days living in some Basra slum living in a shack behind an open, festering sewer. An orange jumpsuit his only attire, it would be his duty to clean the graves, every day, of those that died by bombs dropped on his order, rifles fired in his war, little ones run over by Saracens, those who died from all of the consequences of his actions. For food he could clown himself, minstrel like and palm out for the the odd dinar of the bemused passer-by on the side of a market. Sure, he might get spit on or have a shoe thrown his way, but a man’s gotta make a living. A place for everyone and everyone in the place, and all that. Too good you say? Well, I’m open to suggestions.

So here are ten, and only ten reasons, why I think Tony Blair ought to be taught a little humiliation, including humiliation before history . Since I am not as well acquainted with British politics as I ought to be, this list naturally tends to the international. The links give the reasons why from the best sources I could think of and find so give them a view if you are so inclined (I don’t, obviously, fully endorse all they contain). Now in no particular order, ten reasons to despise Anthony Charles Lynton Blair: 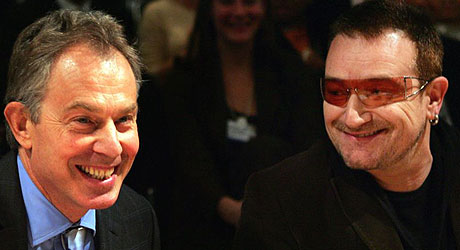