“Peace.”  What a curious concept.  None of us have known it and yet we all yearn for it.  Every tyrant says that their rule will bring it.  It is the aim of every war.  So much so, it seems, that war-makers are even given awards for it.  Much as the backers of Barack have done with the image of US imperialism many of the world’s elites are seeking to utilize the figure of Barack Obama to rebrand their own power.  And what better way to do that than to bestow a garland of peace on the head of the Empire?  Well run prisons are lauded for the “peace” they impose; of course imperialism desires peace.

Public awards are rarely to reward the exceptional, but to set the parameters and reinforcement of expectations.  So, entirely out of that spirit and with the irony obnoxiously intended, I would like to, in my humble capacity, award  “peace” to all of those Afghanis and Pakistanis now lying in the grave, killed since Barack Obama became President and escalated the war in your countries.  Your “prize” is that I pledge to help build an anti-war movement in the United States that will fight for the immediate withdrawal of all imperialist troops from your country.  Small even paltry, I know, but it is the very least, as someone in whose name your death was done, that I can do.

Obama on Higher Ed: I Hope You Like Ramen! 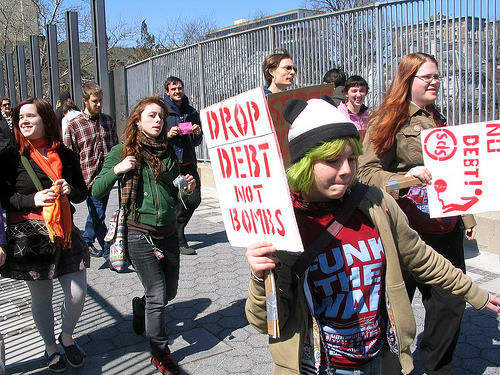 As a student struggling with costs and debt I thought I’d take a look at the “change” Obama proposes to deal with the skyrocketing costs of higher education and the problem of student debt.

I looked at his website for answers.  Talk about wading through pablum! Well, he doesn’t propose to deal with debt as far as I can see.  Debt is key.  When you enter the job market already in debt by tens of thousands you’re much less likely to make demands, to fight for better conditions or change jobs when your situation is untenable.  The “free laborer” is no longer free from the outset.  The capitalists like it this way’ it’s hell on workers.  Debt relief isn’t mentioned by Obama and wont be.

My university is a big state university.  The kind imagined to be the place where workers could get an education.  Tuition has been raised by over 10% in the last two years (and wages in that period?) to around $300 a credit hour.  More for higher level classes plus books and fees means a minimum of nine grand a year.

There is no stipend and the work-study program has been defunded to be meaningless for most students.  With the minimal requirements for a human being to live, even a college student, combined with tuition it ends up being aroun $20,000 a year.  $4000 bucks wouldn’t even pay for the ramen noodles that you’ll be eating. Will it help students?  It will just about make the tuition hikes of the last several years.  Will it ensure that students who couldn’t go to college get a chance?   No way.

His other big “change”  Obama proposes to “streamline the loan application process”.  Here’s the key.  No help with the loans, no cap on tuition, no curbing of predatory lending practices, but he’ll making filling out the forms to get into debt easier.  Thanks!

Hundreds of thousands of workers are out of jobs and need new skills.  Millions of young workers are been denied even the possibility of an education.  The change thing is all bullshit.  You know what would be real change?  How about a candidate who says that access to education will no longer be the purview of wealth?

Obama thinks capitalism holds the answers to capitalism’s problems (in as much as he’s even though about the problems of capitalism).  It doesn’t.  Why should education, like health, be determined by wealth?  It shouldn’t.  Free public education, including a stipend to live on, and admissions open to anyone who want to learn at any level would be real change.  That would level the currently class riven playing field a bit.  In the US it may very well require the overthrow of capitalism.  Perish the thought.

It’s Obama and it’s all bullshit 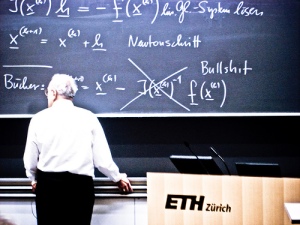 Having to think and talk and work around bourgeois elections is the least appetizing job of a leftist. The institutionalized Party duopoly in the US makes it down-right sickening. I already pay way too close attention to the vagaries of US politics. I even watch C-SPAN to make sure that I am right. Here’s the secret to the US political system; it’s all bullshit. Piles of it. So here goes only a thought or two.

The primaries are finally over. Now we have to endure 5 months of the Presidential elections. I haven’t even wrapped my head around what the possibility of a black President means for the US. It sure means something. While the election is the Democrat’s to lose they might just do it. Obama hasn’t won many States lately and that’s IN the Democrat Party.

He doesn’t seem nearly as strong a candidate as he did to me some months ago. His performance at the AIPAC conference right after his victory was nauseating. His new flag lapel pin, etc. And as unpolitical as US politicians are Barak is still surprisingly light on any discernible platform or ideology. It’s all bullshit.

Hillary will try to save her legacy and position in spite of the considerable damage Club Clinton did to themselves. I, for one, am all for Hillary as Veep. It would put Bill back in Washington with nothing to do and load the administration with the heaviest egos in America. For laughs sake I hope he picks Hillary. It will not happen. He’ll probably pick Larry the Cable Guy to prove his redneck bona fides.

I promised myself I would say something about the morbid McCain. His recent trip to Louisiana to open the campaign wasn’t an accident. He may well pick the new Governor there Bobby Jindal; a pretty hard right Indian American. He’s young, almost half as young as McCain (37) and though he was born into a Hindu family converted to Catholicism. That may be a strike against him with the crazy evangelical set, but he has navigated Biblical waters before in the Louisiana race and did just fine with the local snake handlers. The First Person of Color award on a major party ticket could then be split for posterity’s sake between the two parties.

McCain will play the Iran card as often as he can. Bush and the feeble Olmert are going to assist by upping the rhetoric as well. I wouldn’t count the old buzzard out. He would be just about the most unhinged President we’ve had in a while. John McCain in some sort of rage as Commander in Chief isn’t pleasant to think about. What strange psychological things await a McCain Presidency is any body’s guess.

What a bleak picture for the next 4 years. Obama would be like having Bono for President. Which is more than I can take. McCain’s mad, mad, mad and, at 71, he might survive a whole term though probably not two. Plenty of time to heap more bodies on Bush’s pile.

The crises facing us all are so severe they cannot be solved within the capitalist framework; their origins lie in capitalism’s dynamic.  These candidates don’t propose to treat the symptoms, reforms, of the disease, that is killing us and our planet of residence let alone the disease.  “Change” is not even reform when Obama says it. He lives in a post-reform world. It’s all bullshit.