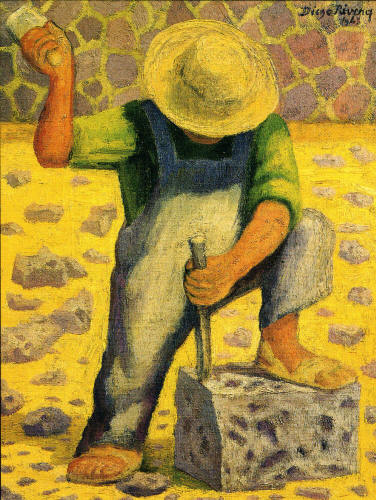 Who built Thebes of the seven gates?
In the books you will read the names of kings.
Did the kings haul up the lumps of rock?

And Babylon, many times demolished,
Who raised it up so many times?

In what houses of gold glittering Lima did its builders live?
Where, the evening that the Great Wall of China was finished, did the masons go?

Great Rome is full of triumphal arches.
Who erected them?

Over whom did the Caesars triumph?
Had Byzantium, much praised in song, only palaces for its inhabitants?

Even in fabled Atlantis, the night that the ocean engulfed it,
The drowning still cried out for their slaves.

The young Alexander conquered India.
Was he alone?

Caesar defeated the Gauls.
Did he not even have a cook with him?

Philip of Spain wept when his armada went down.
Was he the only one to weep?

Frederick the Second won the Seven Years War.
Who else won it ?

Every page a victory.
Who cooked the feast for the victors?

Every ten years a great man.
Who paid the bill?